Bryan Benson is out for revenge, prepared to turn the tactics of the terrorists who destroyed his life back upon their own heads. Gideon Shumway is a CIA analyst with extensive knowledge of these prophecies and how they affect current politics. His younger brother, Ben, is an operative for the CIA, ready to take the fight to the enemy’s home. Their oldest brother, Jon, has been estranged from the family, but he’s finally coming home for Christmas.

We live in an age when prophecies are being fulfilled. While the conflict between good and evil continues rising, who will be able to stand in that day?

Simon Driscoll has woven prophecies from multiple religions into an engaging fictional account of what the next few years might bring. Conspiracy Rising traces the lives of ordinary people experiencing the fulfillment of End Times Prophecies set in the near future.

“This book is the first in a series which I hope will help the readers understand the Prophecies in terms relative to their everyday life. If these books bring people to Christ, then they will have served their purpose.” – Simon Driscoll 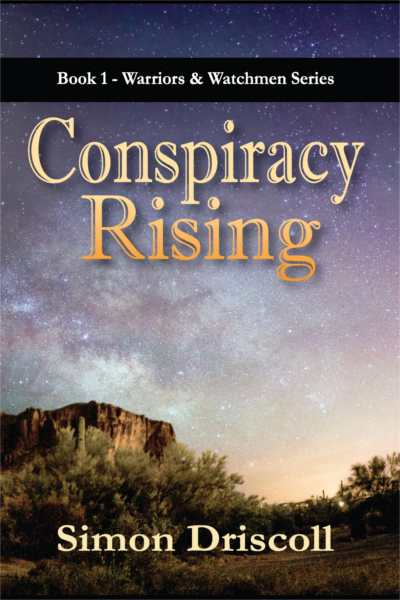 You're viewing: Conspiracy Rising $12.99 – $19.95
Rated 5.00 out of 5
Select options
We use cookies to ensure that we give you the best experience on our website. If you continue to use this site we will assume that you are happy with it.Ok